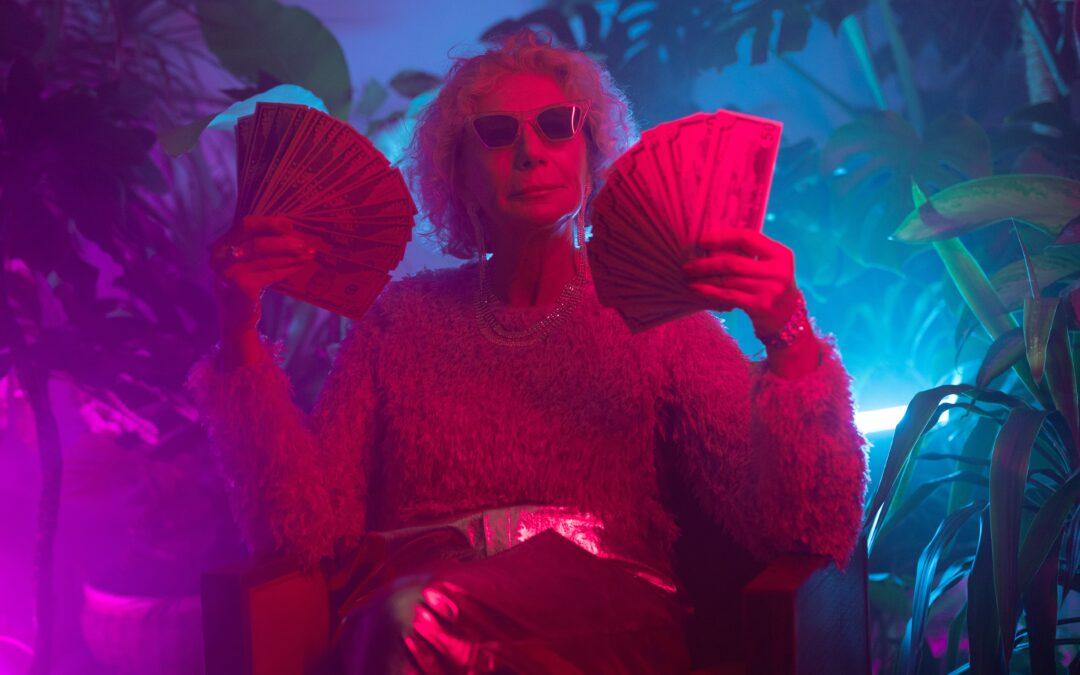 Before, we’ve talked about a phenomenon called the silver tsunami, which refers to the increase in the population that will reach their senior years. Today, there are about 55 million senior citizens (ages 65 and over) living in the United States, with this number expected to rise to more than 85 million by 2050.

Roughly between 5 to 10 percent of adults aged 65 or older require daily medical assistance or are receiving government financial aid, but what about the rest? Over the past two years, much of the dialogue related to the shortage of senior housing has focused on two segments of the population—the less healthy and the less affluent.

But, you know what? According to a study published in the JAMA Internal Medicine, around half of seniors ages 65 and over reported their health as “excellent” or “very good”; yet not this entire population wants to own their own home anymore. So, where do they live?

If you know a thing or two about private-pay senior housing, then you are probably familiar with housing options such as Independent Living, Assisted Living, Skilled Nursing and Memory Care. These forms of senior housing have attracted capital and resident attention for at least the past several decades. But there is something exciting taking hold within the senior housing market—it’s called Active Adult Living (AAL).

What is Active Adult Living? 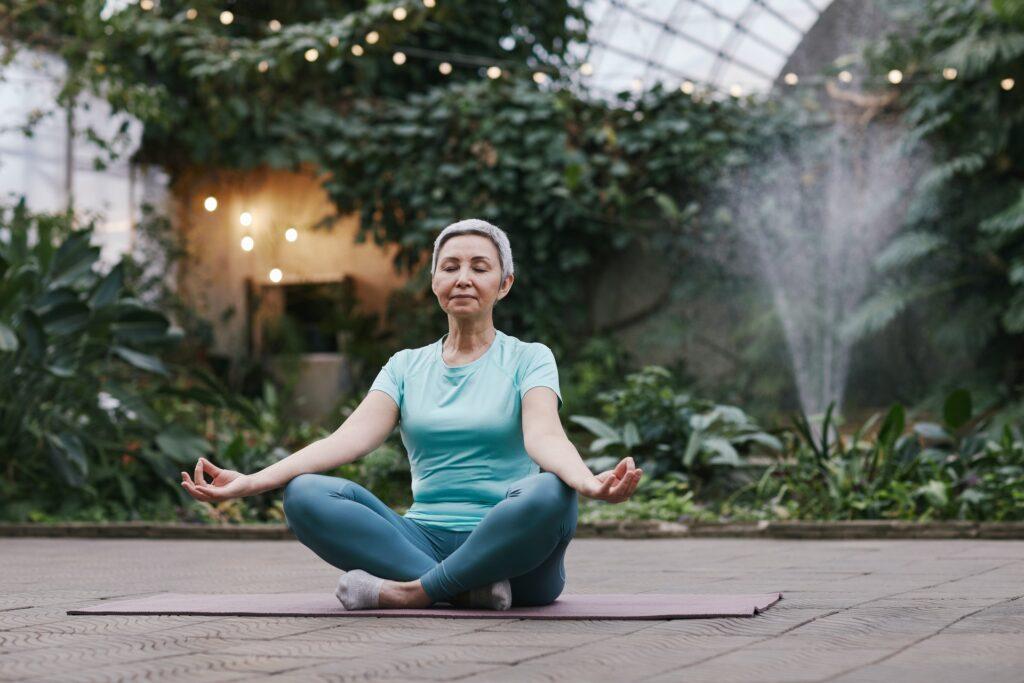 AAL sits in the grey area between traditional multifamily housing and independent living. It doesn’t really compete with either product as the alternative to AAL tends to be seniors who are choosing to stay in their homes. The AAL apartment renter is resistant to conventional senior living and has no interest in “living with a bunch of old people”. They are active, healthy, and don’t need a meal plan.

They want to enjoy their active years in an environment with many amenities, that supports their interests and offers a sense of community so residents can build and sustain new friendships. They just don’t want to deal with maintenance and taking care of a house anymore—they’ve got things to do, like enjoying life at their leisure.

Active adult living is growing in popularity and has generated a lot of investor buzz. In CBRE’s 2021 Senior Housing Investor Survey, 31 percent of respondents voted AAL as senior housing’s biggest opportunity for investment interest, receiving the highest percentage of votes.

Interestingly, it is a term that is still without agreement as to a universal definition. In the absence of consensus, we will call it a niche senior housing product that is still working out its kinks. What we do know is that, at their core, AAL communities are rental apartment communities full of amenities for healthy seniors—typically at least 55 years old.

Beyond our simple definition, the growing demand for AAL communities is driven by similar motivations that drove millennial apartment demand over the past decade—a desire to live in a walkable, amenity-rich, transit-oriented location that is close to retail, dining, and entertainment.

Not surprisingly, these communities have all kinds of amenities, running the gamut from 24-hour on-site staff, recreational facilities and social activity programming by professional staff, grounds maintenance, transportation services, and home maintenance (but no housekeeping).

Beyond being a place to live for people of a similar age, an important and distinguishing characteristic of these communities is the programming and scheduled activities, including book clubs, exercise classes, group hikes, and yoga classes to name a few. It is called ‘active” adult living for a reason—because the programming plan is set with that purpose in mind.

Cool social gathering places are also important, movies theaters and interestingly, gym access rank high too. Keep an eye out for an on-site beauty and barbershop; dining/bistro lounges too. Throw in a greenhouse or two and you get the picture.

The economics for AAL investors

Photo by Karolina Grabowska from Pexels

Getting the right amenities package, apartment finishes, staffing, and location combined with matched demographics present many challenges. Defining the parameters is no easy task. Even if an investor gets that right, the next challenge is how to brand it, price it and iron out key metrics to measure performance.

Seniors control the vast majority of the wealth in the United States but are typically cautious with their spending and are uncomfortable paying for add-ons they don’t really need. Then there is the issue that seniors (who don’t particularly enjoy being called a senior), just like other age brackets, aren’t homogenous. A 55-year-old senior has very different interests than a 75-year-old senior and so on.

How do you solve for both? Seniors want a living environment that can adapt to their wants and needs. One way to address it is to offer a menu of amenities and price accordingly. But what about the basic rent starting point—should it be a premium or discount to multifamily apartments and/or independent living apartments (or something else entirely)?

Industry feedback we have collected has AAL apartment rents largely trending higher by anywhere between 10 percent-30 percent relative to traditional multifamily rents, and a significant premium on rent for typical independent living communities. Currently, AAL apartments are going for anywhere between $1,200 to $4,750 per month, depending on location and amenities package. Basic versus lavish; there is something for any “senior” to explore.

What about the property-level P&L? If coming at AAL from a multifamily investor perspective, the lease proformas look a lot different. AAL communities take a lot longer to lease up, but an operator can charge more, and the retention is higher, with the average resident remaining for six to eight years on average while traditional assisted living sees only an average of two years.

A large player in the space, The Carlyle Group, has reiterated this message, saying that for its product, the average lengths of stay are more than two times the average of independent living and at profit margins that outperform traditional senior housing. It argues that having a stable, consistent tenant base allows investors to push rent growth, which translates to higher, more consistent returns.

As capital is beginning to flow into AAL, we only see an increase in allocation and attention on this niche going forward. From a pricing perspective, AAL cap rates tend to be all over the board (which seems consistent with the lack of clarity of the sector, in general) but it appears they trend lower than senior housing counterparts but on-par or higher than multifamily cap rates.

This presents investors with an interesting question—do they view AAL as a niche falling in with multifamily or senior housing? That answer doesn’t seem to be quite clear if cap rate trends are supposed to be a guide. Clarity of product type may be a driving factor for investors in recognizing the opportunity for capital allocation.

Well, we know there is a senior housing shortage, and we know that seniors aren’t that much different from millennials in many respects. We also know that this product is on the move and growing in investor attention and focus. At Beilke Investments, we prioritize the importance of innovation and recognizing new opportunities before they have already reached their inflection point. We believe AAL is not just a way of doing old things in new ways but is a new, new thing.

With what we have seen from these community offerings so far—when can we move in?